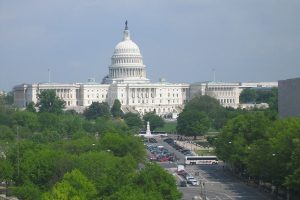 While a reported compromise on the 2018 Farm Bill has not been officially released, details are starting to leak about felon participation in the industry.

A hemp-legalization measure poised for final action in Congress this month would set up a two-tier system for drug felons, McClatchy’s Washington bureau reported.

Felons already growing hemp in states that don’t ban their participation – such as Colorado – would be allowed to continue, according to McClatchy, but farmers looking to enter the industry would have to show they have not been convicted of a drug felony in the past 10 years.

An earlier Farm Bill approved by the Senate would have instituted a lifetime ban on felons growing legal hemp, a move that could have put some existing farmers out of business.

The compromise comes amid broad reports that congressional agricultural negotiators have agreed to take hemp out of the Controlled Substances Act in the 2018 Farm Bill.

The specific language is not scheduled to be made public until next week.

Here’s what you need to know about the Farm Bill waiting game:

The hemp industry has been broadly anticipating Farm Bill expansion and making big investments with the expectation that legal barriers for CBD products will be reduced.