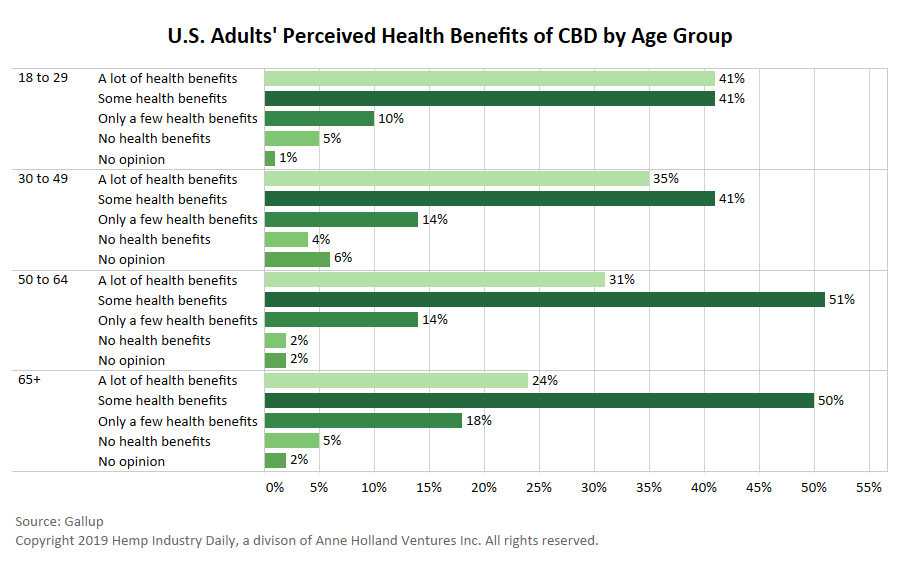 Data from Gallup shows that younger Americans are more confident in the health benefits of CBD – but the majority of people familiar with cannabinoids, regardless of age, believe it has at least some health benefits.

A telephone poll conducted by Gallup in late May found that 78% of surveyed individuals across the United States who have an awareness of CBD believed that it has at least some health benefits.

Of the more than 1,000 individuals surveyed, 64% had some awareness of CBD, while the balance were unfamiliar with the product.

Among those with awareness of cannabinoids, the proportion who believed CBD has “a lot” of health benefits was highest among adults 18-29 – at 41% of the age group.

The proportion of each subsequent age group that believed CBD has “a lot” of health benefits declined beyond age 29.

Despite this, 74%-82% of individuals with an awareness of CBD within all age groups believed it has either “some” or “a lot” of health benefits.

The survey results come as CBD continues its rapid spread into mainstream commerce.

Here’s what else you need to know about the Gallup poll: