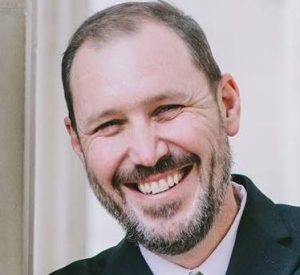 (Editor’s note: This is the second in a series of Q&As with hemp industry speakers who will appear at MJBizConINT’L, Sept. 4-6, in Toronto. To read the previous Q&A in this series, click here.)

Industrial hemp is big business – and it’s only going to get bigger as investors around the world begin to pile money into the development of infrastructure for hemp products.

According to cannabis attorney Robert Hoban, the foundation of the global cannabis marketplace will be built on industrial hemp.

Hoban, who is the president and founder of Denver-based cannabis firm Hoban Law Group and works with hemp companies around the world, will kick off a session covering global opportunities in hemp at MJBizConINT’L next week.

Hemp Industry Daily sat down with Hoban in advance of his appearance in Toronto to find out how the legalization of hemp in the United States has impacted the rest of the world – and to get a glimpse of how the global hemp industry continues to develop.

How did hemp legalization in the U.S. change the game for not only the domestic hemp industry but also for international markets?

From a U.S.-based perspective, (the 2018 Farm Bill) opened the floodgates for funding, for investors and for infrastructure development because no longer was it a limited legalization.

Then, when the international community saw this, it set the tone that, for better or for worse, sometimes the United States is viewed still as a leader in policy worldwide.

Over the last five or six years, before the president signed the Farm Bill in December, we’ve seen this enormous growth of the cannabinoid industry.

We’re seeing an uptick in the spread of these products across the European Union, being produced across Latin America and demand in Asia and Asia Minor.

The rest of the world is watching. We’re leading the way, and we went from zero to 160,000 acres in less than four years.

How will U.S. hemp legalization help with accelerating imports to and exports from the U.S., and what regulations are we waiting for to make it happen?

There’s no need for additional regulation on biomass, fiber, seed, hempseed oil or hempseed for consumption.

Cannabinoid products is where some people will say it’s all illegal, but that’s not true.

Many people are waiting for (U.S. Food and Drug Administration) FDA regulation for hemp derivatives containing high levels of cannabinoids, CBD being one of those.

I would suggest and argue that the existing food and supplement rules that the FDA has under the Food, Drug and Cosmetic Act apply to (cannabinoids) squarely and clearly.

There are many states, at least a dozen, that have stepped up to create a regulatory program with the state FDA equivalent, to regulate those cannabinoid extracts in foods and supplements.

So there’s plenty of regulation to go around, depending on where you look, and to wait for the FDA to come out with its guidelines is a mistake because that will be a long process when you have states that have stepped in to fill the void.

We’ve seen a little bit of trouble with importation of oil products into the United States. And that’s because of the uncertainty from U.S. Customs and Border Protection about whether the FDA needs to act or not right now.

What is the impact of increasing imports and exports for U.S. producers?

That’s maybe the biggest upshot. When you look at the Asian markets in particular and the European markets, they want American-produced cannabinoid products. That’s what the consumers demand.

Major retailers and major manufacturers are all in on using cannabinoid extract as an ingredient. That means that there’s a major need for supply.

So, even though we have a huge biomass glut this year, it’s really an interesting development in a very short period of time.

Which regions of the world are emerging as leaders in hemp-derived products?

That’s really the basis for the global cannabis supply chain. It’s all based on industrial hemp, and we’re seeing that happen based on what different regions are good at, and what they have the infrastructure for and the technology capabilities for and where the consumers are.

Literally, it’s like looking at a game of Risk:

Will the rest of the world eventually comply with that 1% limit versus the 0.3%?

Eventually, but it’s going to take some time.

Unless there’s really an economic problem where countries are being left behind because they’re at 0.3%, I see cannabinoids being another byproduct of the plant, not the focus of the plant.

And as we get away from cannabinoids being the sole focus of the economy around the plant, that 1% or 0.3% is going to matter less.

What you can produce in hundreds or hundreds of thousands of acres renders that percentage point effectively meaningless because in the aggregate, you get everything you need.

It’s time for the hemp industry to view the plant as a plant that could service multiple industries versus just the cannabinoid industry.

When that happens, we’re going to see things accelerate beyond our wildest dreams.