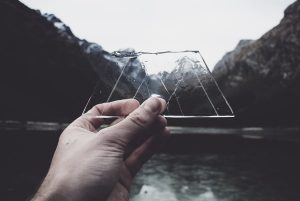 As the hemp industry matures, some business are starting to rely on blockchain technology to assure customers that the products they’re buying contain what’s advertised and information on where they originated.

Track-and-trace systems are nothing new in states with medical or recreational marijuana that are required by law to demonstrate a products’ journey from seed to sale.

Hemp businesses don’t have the same legal requirements, but they see blockchain as a way to help address a lack of trust from consumers.

CBD products have exploded in recent years, but the U.S. Food and Drug Administration said in a July report that many CBD products contain far less, or even more of the cannabinoid than is advertised.

“One of the things we saw in the U.S. market is there’s a trust deficit on cannabis products,” said James Brobyn, CEO of American Fiber Company, which owns Candelay Industries, a distribution firm that imports CBD oil from Colombia and Jamaica.

Long the realm of cryptocurrency, blockchain records transactions and information on digital blocks stored in a network of computers without a central authority controlling the data. Blockchain creates a ledger that tracks what is put into a “block,” such as accounting data or cultivation information, said Connie Pascal, an adjunct professor at the Rutgers School of Communication and Information.

“What makes blockchain special is that, once created, this block cannot be changed. Because the block exists in a network and every node in the network would have to agree to any change made to the block, which is almost a statistical impossibility,” she said.

In April, as Candelay completed its first import to the U.S. from Colombia, Brobyn hired TagOne, a blockchain company whose founders have decades of experience tracking pharmaceuticals. TagOne launched in 2018 and has 10 customers – most of whom signed on within the last year, said company CEO TJ Gupta. Including Candelay Industries, TagOne said six of its costumers are in the hemp business.

“This is a very new technology in a very new industry,” Gupta said, noting that it takes several months to track the whole seed-to-sale cycle.

As an example of their services, TagOne’s website includes the story of the Denver-based artisanal honey company Bee K’onscious, which sources its honey from Brazil. The company’s customers can now scan a QR code on their jar of honey using a smartphone and they’ll be able to know the beekeeper’s name, where the honey was harvested, a certificate of analysis, as well as photos of the beekeepers tending hives.

Gupta chose to focus on hemp companies, instead of marijuana, because states that have legalized the plant frequently have contracts with companies that perform their seed-to-sale tracking requirements.

The price for TagOne’s services vary in price, ranging from $1,000 a month to $2,500 a month, depending on whether the customer is a brand owner, a supplier or a processor, the company said. The service is sold in packages for each level of the supply chain, capturing information from the farm level all the way through to the consumer.

All the information is hosted on Amazon Cloud.

Cannabis companies are becoming more interested in blockchain for the same reason other agricultural companies are interested – they want to know the quality of the product and the location where it originated, said Braden Perry, a regulatory and government investigations attorney with Kansas City-based Kennyhertz Perry.

“It’s going towards the theory that both the consumers and the companies are wanting to know more about their products, and this is the way to do so,” Perry said.

With blockchain, companies and consumers can see every time there was a change in the state of the product – when plants are harvested and dried, or whenever something goes from bulk and unprocessed to refined and crude, said Joshua Decatur, CEO of Trace, a Vermont company that has contracted with the state to track hemp products.

“Really blockchain is there for trust verification and intra-supply chain operability,” Decatur said.

“Where I can basically inherit a lot ID or a batch ID from whatever cultivator I get their product from, if I’m a processor, for example. So you standardize lot IDs and batch IDs across the whole supply chain, that makes a ton of sense on a blockchain,” he said.

Metrc, one of the companies contracted by states with legal marijuana, tracks products using radio-frequency tags with unique IDs as plants make their way to a dispensary. In all, the system tracks 370 unique events, the company said.

“Every event in the supply chain is accounted for in the system for regulators to review in two forms: the current state and every single event that transformed into what it is now,” Metrc said in a statement.

Brobyn, of American Fiber Company, said using blockchain made sense for his business because he wanted to have important information stored safely and connected to a product, such as a Certificate of Authenticity, a master list of approved suppliers, buyers, transactions and ingredients, for example.

“When you start talking to larger buyers, they demand that level of transparency,” he said.