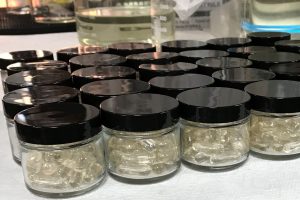 U.S. hemp producers are alarmed about a Drug Enforcement Administration rule that they argue would make extracts a Schedule 1 controlled substance during a portion of the extraction process when the plant’s THC levels spike above what’s allowed.

The rule released last month has the industry reeling and wondering what steps to take to ensure extractors aren’t criminally liable. Meanwhile, the DEA is downplaying the likelihood of a crackdown on CBD extraction.

The rule was released last month to align DEA regulations in response to hemp legalization under the 2018 Farm Bill. But CBD processors were alarmed by language that hemp legalization “does not automatically exempt any product derived from a hemp plant,” because extracts become illegal marijuana if they exceed the legal THC limit of 0.3%.

While oil is extracted from the hemp plant and processed, cannabinoid content can rise to up to six times their original level before the oil diluted to the 0.3% THC legal limit for hemp, said Jack Tatum, managing partner at Isolera Extracts in Oxford, North Carolina.

“We remove the THC in processing, but of course it goes over 0.3 (THC)” temporarily, he said, adding there’s no method he’s aware of to prevent THC levels from rising during production.

“What it is is a death blow to the hemp-extraction industry,” he said.

Industry supporters have until Oct. 20 to submit comments on the rule.

Andrea Hope Steel, a Houston-based cannabis attorney with the firm Coats Rose, said the industry’s needs to get clarification from the DEA “through the comment period or other correspondence,” to see know what the agency’s intention is.

“I don’t know if a lawsuit is the first and best way to get there, but what we don’t want to see if somebody gets arrested and charged criminally for something that was unclear,” she said.

The National Hemp Association, meanwhile, told its members last week there’s no reason for alarm yet because the DEA rule “merely seeks to modify the DEA regulations and definitions to align with the de-scheduling of hemp that occurred with the passage of the 2018 Farm Bill.”

The NHA told members the DEA is only restating language from the 2008 Farm Bill in its regulations. However, the organization also expressed some caution and has urged its members to write letters of opposition to the rule.

“It is the first time that the DEA comes out and specifically says that an intermediary product such as crude oil extract that is over 0.3% (THC) is a schedule I substance – even if it will subsequently be diluted in the final product.”

He emphasized the agency also has other issues it’s focused on.

“During the opioid epidemic and the expansion of methamphetamine across the nation, the DEA is focused on disrupting and dismantling the Mexican cartels that produce these deadly substances and traffic them across our nation’s communities,” he said in a statement.

That’s little consolation for extractors like Tatum, who have invested a lot of money into their business. In Tatum’s case, he said he invested about $15 million in his enterprise.

“And to have that over your head, plus 40-plus employees potentially (standing) the chance of being charged with something as well as myself, my wife … that has a very chilling effect on the way you do business.”

After the DEA guidance came out last month, Tatum said he stopped processing hemp out of caution.