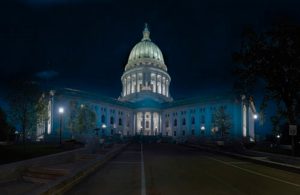 Six state agriculture departments have opted to run their 2020 hemp production programs under the existing rules, and the number could grow as the spring planting season approaches and federal agriculture officials reject more state plans.

Now those states want some assurances that their hemp farmers can harvest their plants under those same rules in the fall.

The states looking to keep the status quo through Dec. 31 are:

However, state agriculture officials in several of those states tell Hemp Industry Daily that their pilot programs’ expiration dates could lead to serious problems.

According to the interim final rule for hemp production set by the U.S. Department of Agriculture (USDA), states that have participated in the pilot research program under the 2014 Farm Bill can choose to extend their programs and operate under the pilot for the 2020 season.

But the pilot expiration date was set at Oct. 31, 2020, which might come before all the states’ producers are able to get their plants to market.

Agriculture officials from Minnesota, New Mexico and Wisconsin have recommended to the USDA that the agency grant deadline extensions to state pilot programs through the end of the 2020 calendar year.

Pilot date up for debate

In New Mexico, Secretary of Agriculture Jeff Witte said the Oct. 31 date falls during crop harvest, so the end of the pilot program could jeopardize farmers’ crops.

The harvest-time expiration date could be especially detrimental to states that have set THC testing limits at 0.3% delta-9 THC, rather than THC+THCA, which is the current stipulation under the USDA’s interim final rule.

He said the Oct. 31 date to change over from pilot programs to approved USDA plans is impractical, causing inconveniences both for farmers and for state agriculture department staff.

“The two-month gap to fill in licensing will lead to confusion for growers, as well as be out of conformance with state law.”

Peterson pointed out that the October expiration date also falls during harvest, when state agriculture department staff will be focused on sampling hemp fields and too busy to manage applications and grant licenses before Nov. 1.

Minnesota Deputy Agriculture Commissioner Whitney Place told Hemp Industry Daily that if the USDA doesn’t extend the pilot expiration date, it would be a “huge mess.”

“Just to get all of our licenses renewed would be a huge lift, and I think it would just result in us not meeting the requirements,” she said.

“So it then becomes this legal thing – do they challenge us or not?”

Wisconsin Division of Agriculture administrator Sarah Walling said her state had also hoped to run its pilot program through the end of 2020 because its state licensure program begins Nov.1, which would mean a potential lapse in grower licensing before the state could reissue licenses for the 2021 season.

The states recommending an extension have not received a response from the USDA, officials said.

A USDA spokesperson told Hemp Industry Daily that because the Farm Bill extended the pilot for 12 months after regulations were in place, the agency “has no authority to extend the deadline.”

“After Oct. 31, 2020, all hemp producers in the U.S. must be licensed by the USDA or by a state or tribe administering a USDA-approved hemp production plan, including those who were producing under the 2014 pilot program,” the spokesperson said.

“Any hemp harvested after Oct. 31, 2020, is subject to the sampling, testing and other requirements in the interim final rule published Oct. 31, 2019.”

Hemp Industry Daily did not receive an immediate response when it asked the USDA’s Farm Service Agency whether farmers participating in state pilot programs would be eligible for crop insurance, capital lending and other programs run through the agency.

As planting season draws closer, other states that have already submitted their 2020 hemp plans to the USDA could end up extending their pilots for 2020.

A hemp association in Kentucky recently pitched the idea to extend the pilot program to that state’s agriculture commissioner, Ryan Quarles.

Kentucky was the first state to submit its plan to the USDA on the day after the 2018 Farm Bill was signed by President Donald Trump. But Kentucky is currently one of six states that are awaiting federal approval pending their plans’ resubmissions.

Kansas is hoping to develop and submit a state plan to USDA, aiming to allow farmers to begin planting in May but will fall back on extending the pilot if its state program is not approved.

And in Georgia, regulators are facing a budget crunch that could keep the state from running its own program, leaving farmers to apply for USDA licenses.