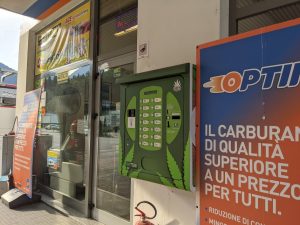 The availability of hemp flower containing up to 0.6% THC in Italy led some marijuana users to abandon their illicit products, costing criminal networks tens of millions, a trio of economists has found.

The study took a closer look at the entry of “cannabis light” on the Italian market, which was made possible via a loophole in Italy’s industrial hemp legislation in 2016.

In order to be eligible for agricultural subsidies, EU farmers can grow only approved varieties of hemp with less than 0.2% THC in the field. But Italy’s hemp law included a THC upper limit of 0.6% to exempt farmers from criminal liability in the event that factors outside their control caused a hemp crop to run “hot.”

In practice, the higher threshold and the law’s vague language allowed growers to cultivate and sell cannabis flower containing up to 0.6% THC without penalty.

According to the researchers, regions with existing hemp retailers began selling “cannabis light” flowers in May 2017, and each shop was associated with up to a 14% drop in monthly confiscations of illegal marijuana.

“While the policy impacted all Italian provinces, those provinces served by grow shops before the policy experienced a more intense reduction in the amount of seized marijuana,” they wrote.

The study also demonstrated how “cannabis light” impacted Italy’s broader illicit drug market. In regions where the hemp flower was sold, there was:

“Overall, the policy had the beneficial effect of reducing the number of people incarcerated for drug-related offences,” the economists found.

The economists noted that the estimated lost revenue was “not very high if evaluated as a share of revenue for the entire market of illegal cannabis-related drugs, estimated to be around 3.5 billion euros in Italy.”

“Our estimates suggest that the liberalization of (cannabis light) led to a reduction in revenue from street marijuana of around 3–5% of the entire cannabis-related market,” they wrote.

The study’s implications for Italian drug and crime policy are intriguging, Leonardo Madio, one of the study’s authors, told Hemp Industry Daily.

“Even with the (cannabis) light liberalization that was unintended, you might to some extent fight organized crime because you are reducing the demand and therefore the supply (of marijuana) and therefore the revenues that they are making on the illegal market,” he said.

“It suggests it is possible to displace some of their demand if you make a [similar] product available in the market, even if this product is a light product and not the same product you can get in the streets.”

The researchers looked at monthly confiscations of drugs at the province level from 2016 to 2018 – before and after “cannabis light” flower became available in head shops and specialty stores on the Italian market. The confiscation data was then compared with the location of head shops selling industrial hemp flower and socio-demographic variables.

The trio also conducted a more recent study on how the availability of “cannabis light” impacted prescription drug sales in Italy.