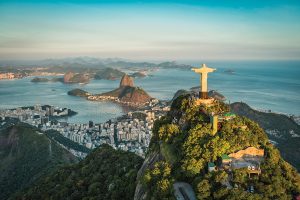 A bill that would legalize medical cannabis and industrial hemp cultivation in Brazil could come up for its first debate in the Lower House plenary and be approved in that chamber before the end of the year, Deputy Paulo Teixeira told Hemp Industry Daily.

According to Teixeira, who leads a Lower House medical cannabis special commission, the bill has not advanced in recent months due to the country’s municipal elections, which “paralyzed parliamentary work.”

The elections were originally planned for October 2020 but were delayed due to the pandemic. They were wrapped up on Nov. 29.

“With these elections behind us, I expect the lower house to quickly start debating and approve the bill before the end of the year,” the representative said.

The bill – known as PL 399/2015 – would have far reaching implications for Latin America’s largest medical cannabis market, which has been fully dependent on imports.

The current high price of imported medical cannabis in Brazil has been one of the main arguments for the cultivation bill, with proponents saying domestic growers could supply the market at a lower cost.

Teixeira was optimistic that the bill will be approved in the Senate, most likely sometime next year. The lawmaker said he does not think big changes to the text of the bill will be needed to make political compromises and it will be more acceptable to skeptics.

When asked about the possibility of President Jair Bolsonaro opposing the reform, Teixeira said it would be “difficult for the president to oppose what Brazil wants. Even if he opposes it, we will have a lot of support from society to overcome his veto.”