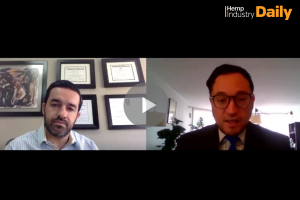 It’s become a common theme in Mexico that deadlines to legalize hemp and marijuana come and go, but lawmakers had no control over the latest delay.

As the coronavirus spread across the globe, lawmakers had to cancel further action in late March, missing an April 30 deadline Mexico’s supreme court set. Now, lawmakers have to pass a legalization bill during their next scheduled legislative session, which runs from Sept. 1 to Dec. 15.

If approved, Mexico would be the world’s most populous country – population 130 million – with legalized cannabis regardless of THC content, meaning both marijuana and hemp.

Despite the delays, “big steps have been taken” already toward legalization, said Luis Armendáriz, an attorney in Chihuahua, Mexico, who is affiliated with Denver’s Hoban Law Group.

Before the coronavirus stopped lawmakers’ work, a majority of senators approved a legalization bill in committee – an important step because there had to be consensus from all the political parties. He said the delay could even be an opportunity to improve the measure.

Whenever the legislation is passed, it could still take years for Mexico to set up regulations for how hemp and marijuana business can grow and sell cannabis products.

Armendáriz is confident legalization will happen. It helps Mexican President Andrés Manuel López Obrador is onboard.

During the past session, lawmakers had a list of legislative priorities they wanted to pass. Legalizing marijuana and hemp was number four on the list, and amnesty for non-violent drug offenses was number one.

“Both derived from the president’s intention of changing strategy the war on drugs,” Armendáriz said.

Hemp Industry Daily spoke with Armendáriz to get his thoughts on Mexico’s path toward legalization.