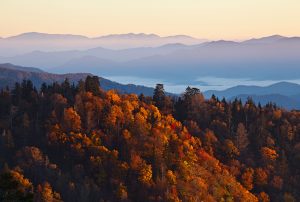 As the U.S. hemp industry waits to see what happens next with the federal hemp production program, more state-run programs have decided to keep the status quo for another year.

Less than a week after the U.S. Department of Agriculture closed a public comment period on its hemp rules, five more states announced they will be sticking with their current rules for the 2020 growing season.

One has decided not to run a program at all, handing off interested growers there to federal authority.

States are peeling off

Michigan and Tennessee unceremoniously decided to extend their pilot program rules into the 2020 production season, joining three other states that have come to the same decision in the past week – Colorado, Montana and North Dakota.

“We are evaluating the 2018 bill and potential changes to our program with continued focus on working with producers and industry to advance hemp in Tennessee,” Kim Doddridge, spokeswoman for Tennessee’s agriculture department, told Hemp Industry Daily.

As a top-producing hemp state in 2019, Tennessee approved 12 times the number of production applications as it did the previous year, amounting to 2,900 licensed growers with 37,416 acres and 2,643 indoor square footage.

They documented several concerns in their comments to USDA about the focus of the interim final rule, including:

“Growers that were previously able to collect their samples on their own will no longer be able to do that,” agency lobbyist Nathan Kark told state lawmakers last month, according to MLive.com.

Kentucky, Montana, North Dakota and Tennessee were among the states whose plans the USDA had previously rejected and sent back for resubmission.

By choosing to extend their current rules, these states effectively withdrew their requests for approval from the USDA for this season.

States have cited numerous reasons for extending their pilot programs for the 2020 season and have requested that the USDA extend the pilot from its Oct. 31 expiration through Dec. 31. That will allow producers to start and end the year operating under the same rules.

New Hampshire is the first state that has decided against hosting a state hemp production program, making individual producers eligible to apply for production licenses under the USDA’s authority.

The state approved legislation in 2019 to allow for hemp production, but no hemp was grown there, according to advocacy group Vote Hemp.

State authorities have not announced a reason for declining to regulate hemp production. The USDA simply listed New Hampshire as using a “USDA Hemp Producer License” instead of a state plan.

The 2018 Farm Bill, which authorized hemp production nationwide, gave states the authority to regulate hemp according to federal parameters. But the measure set aside no money for states to do so.

After issuing its hemp production rules in October, the USDA initially said that farmers in areas that have legalized hemp production but opted out of regulating it could apply for federal licenses.

The form lists no application or licensing fees and requires only that interested growers submit a federal background check.

According to the USDA, the license application process is open for the entire year in 2020, though the agency could take up to 60 days to approve licenses for farmers. Licenses are valid for three years.

In subsequent crop years, the USDA will accept license applications from Aug. 1 to Oct. 31.