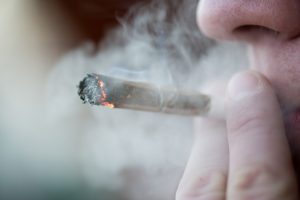 North Carolina is considering a ban on smokable hemp, but farmers say that would stifle market opportunity in a fast-growing new industry.

The state’s Bureau of Investigation is pushing for the ban, saying it’s difficult for law enforcement to discern smokable hemp from marijuana.

The measure passed the state Senate Agriculture Committee this week.

North Carolina’s hemp industry is booming, thanks to flexible state laws about production and climate suited to the plant. Farmers say hemp is an easy pivot from tobacco, North Carolina’s traditional cash crop.

North Carolina authorized hemp production in 2017 and, like many states, has seen huge growth in farming and processing activity.

North Carolina saw nearly a tenfold increase in hemp growers from 2017 to 2019, with more coming on board each month. The state has no cap on growers or acreage, and the state licenses new producers throughout the year.

According to a recent memo from the state Bureau of Investigation, “the inability for law enforcement to distinguish the difference between hemp and marijuana is problematic in all marijuana prosecutions.”

A woman in Four Oaks, North Carolina, was arrested in April and charged with marijuana possession after police officers saw her smoking what looked and smelled like marijuana. She has told reporters that she was smoking hemp, not marijuana.

Hemp farmers are urging lawmakers to reconsider the ban. Many of them came to the Senate to oppose banning smokable hemp.

“We want to work for regulation,” said Lori Lacy, a hemp farmer from Franklin, North Carolina. “I don’t want our infrastructure and everything that we have built up to this point to go away. I will have to fire people.”

The bill still must go through three more committees before reaching the Senate floor. The measure has not yet been considered by the North Carolina House of Representatives.

The North Carolina Bureau of Investigation also requested that lawmakers limit legal hemp cultivation to fiber and grain varieties, something lawmakers have declined to consider.

– Associated Press contributed to this report.