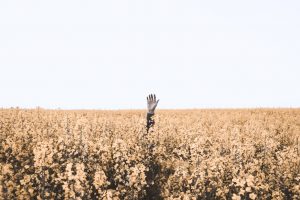 (This story has been updated to correct to 1,700 the number of clones per acre recommended for hemp farmers.)

For many first-time hemp farmers, 2019 is being written off as an expensive learning experience that they can apply to future crops.

But for farmers who grew hemp this season in a Hail Mary attempt to make up profits lost from decreasing prices for row crops, dairy and livestock – and, in many cases, to save their family farms – the stakes could not have been much higher.

The seriousness of the situation for struggling growers this season was realized when industry members reported that some farmers had ended their lives over lost hemp crops.

Darrel Kolb, who owns Trego, Montana-based Old Hemp Co., said he knew one of the farmers who died. He told Hemp Industry Daily that some people literally bet their farms this year on hemp.

While his own business had the seed available to plant more than 100 acres, Kolb said he opted to plant 16 acres but was able to harvest and dry only 7.

“The rest of it rotted in the field,” Kolb said. “It was depressing. I get emotional thinking about it right now.”

Farming in general is a high-risk profession. The U.S. Centers for Disease Control and Prevention reports the farmer suicide rate is five times higher than for other careers in the United States.

Roughly 91% of farmers and farmworkers have financial issues that affect their mental health, and 87% are afraid they’ll lose their farms, according to a May poll commissioned by the American Farm Bureau Federation.

Yet, fewer than 20% of rural adults know how to access a therapist or counselor in their communities, the survey found.

Last year, Farm Aid reported a 30% increase in calls to its helpline, and in August, the organization partnered with the American Psychological Association to develop resources for stress and behavioral health.

New legislation pending in the U.S. Senate would address mental health and stress stemming from the farm economy.

The Seeding Rural Resilience Act – introduced by U.S. Sens. Chuck Grassley, an Iowa Republican, and Jon Tester, a Montana Democrat – would expand on the $10 million authorized last year for the Farm and Ranch Stress Assistance Network.

Many traditional row-crop farmers and livestock producers, faced with falling prices and trade tariffs cutting into already thin margins, planted hemp this year with hopes to profit from the rising popularity of hemp-derived CBD.

In some cases, farmers were told they stood to make upwards of $50,000 per acre, a dramatic increase over the $787 that an acre of corn was projected to produce in 2019, according to the University of Illinois at Urbana-Champaign.

In Hemp Industry Daily’s 2019 Hemp & CBD Factbook, hemp farmers reported median revenue of $15,000 per acre planted in 2018, a figure they expected would double this year.

That gold-rush mentality led some farmers down a dangerous path, according to Joel Bedard, CEO of The Vermont Hemp Co. in Corinth, Vermont.

The “industry ballyhoo” – talking about the benefits of hemp – is overshadowing the ugly side of the realities of hemp production this year, such as “barns burning down and wet-baled crops turning to mush,” he told Hemp Industry Daily.

“Farmers don’t exactly like to brag when their crop goes to (hell),” Bedard said.

Hemp, like any other crop, has its nuances – it’s not like sowing another field of corn or soybeans or wheat. With no crop protection or insurance, the plant isn’t ideal for the risk-averse.

Also, high prices for seeds and clones caused many farmers to leverage their land to afford to plant it, in effect making them literally bet the farm on hemp.

Survey respondents to the 2019 Hemp & CBD Factbook said they paid a median price of $4 per clone and $2,000 per pound for hempseed, with an average germination rate of 85%.

Planting an average of 2,600 seeds per acre, according to Kolb, would cost farmers $2,600 an acre – more, if they ended up with male seed or needed to replant because of low germination.

Jason Stephenson, facility and production manager at Greenhouse Growing System in Lochbuie, Colorado, said hemp farmers planting clones need approximately 1,700 clones per acre, which would cost about $6,800 per acre at the average clone price of $4.

These costs leave out expenses such as irrigation, fertilizer, labor and drying and processing fees, which can drive costs up to $30,000 per acre, according to Kolb.

Many farmers were either promised contracts that didn’t work out or didn’t secure contracts before their crops were in the ground, leading them to grow on speculation of the booming industry.

Also, a lack of working capital has been a major challenge for many hemp businesses this season.

Despite the legal status of hemp and ongoing requests from lawmakers to open banking and financing services for hemp farmers and CBD businesses as a legitimate agricultural industry, hemp farmers and businesses continue to be hamstrung by a shortage of capital to start or maintain their operations.

One couple in Maine, who planted 3 acres of hemp on their farm, tried a pick-your-own model to go along with staple produce crops such as strawberries and vegetables.

But despite the small-crop experiment – which didn’t end up selling – they lost both their insurance policy and bank account for the entire operation because their providers were unsure of how to handle hemp without federal guidelines.

“Everything went really smoothly, and then as we were finishing the harvest, our bank called at 4 o’clock on a Friday and said, ‘We’re recalling your loans and closing your bank accounts.’ We were super caught off guard,” Taryn Marcus, co-owner of Sheepscot General Store and Farm in Whitefield, Maine, told Hemp Industry Daily.

“We have been scrambling to figure out our banking and insurance over the last week, and it has been more complicated than we thought – and it’s probably going to be more expensive all around.

“We have yet to actually wholesale our hemp crop, so we are still in the hole on it.”

The lack of capital extends to the rest of the supply chain, which will ultimately affect farmers, too, according to Julie Lerner, founder and CEO of hemp trading platform PanXchange.

“I’ve not seen a market like it,” Lerner told Hemp Industry Daily. “It seems like everyone is interested in assets and focusing their money on that.”

“No one has left enough money in the budget for the juice to get this industry moving,” she said.

“So that’s why we’re hearing a lot about the (processing) tolling splits. Buyers just don’t have the cash” to pay farmers directly, she said.

To vertically integrate or not

Businesses that are vertically integrated are the best equipped to make it in the hemp industry, Bedard said.

He notes that most of the large processing facilities themselves are vertically integrated, so they’re already at capacity from their own farms, not needing to buy in additional crops.

Vertical integration is “where your mathematical quantifiers are,” Bedard said.

“You get X for growing it, you get 8X for getting it processed … and maybe get 80X for putting a retail product out there.”

“That’s actually where a lot of those … hyperbolic numbers of $150,000 per acre (come from),” Bedard said, calling those estimates “conclusionary jumps” based on the full potential of the market.

But most traditional farmers prefer to grow and sell their crops without having to worry about the business end of processing and manufacturing end products, according to Rex Powers, founder and chair of the Cannabis Hemp Industry Employers Association.

“Farmers want to be farmers. They’re happiest when their hands are in the soil,” Powers told Hemp Industry Daily.

He said the industry needs to develop standardization and sophisticated cooperatives that protect farmers’ interests from the Wild West promises that have become commonplace.

“Let’s put a business structure around it and keep the farmers insulated from all the craziness and the lack of business maturity and business ethics in this industry right now, because that’s what keeping them vulnerable,” Powers said.

“The Wild West hustle has to come to a grinding halt. Because sooner or later, farmers are going to say, ‘Screw this. We don’t want to be part of this industry.’”

That’s a concern that was echoed this week by USDA Undersecretary Greg Ibach when the agency unveiled the federal interim final rules for hemp production.