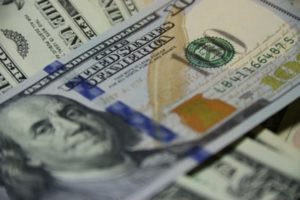 Hemp businesses won’t benefit directly from the $150 million raised by a special-purpose acquisition company that was initially established in hopes of investing in and further developing the U.S. hemp market.

But a deal was made in the spirit of aligning the industry with large manufacturers in the future, according to Geoff Whaling, president of Austin, Texas-based Collective Growth Corp.

In a move to make good on shareholder investments, Collective Growth Corp., a SPAC launched this spring, announced plans to dissolve with the “reverse merger” of Innoviz Technologies, an Israel-based company that produces LiDAR sensors and perception software for autonomous-driving vehicles.

Under laws surrounding a SPAC, Collective Growth was formed strictly to raise capital through an initial public offering for the purpose of acquiring an existing company. It was created by former Canopy Growth CEO Bruce Linton, CFO Tim Saunders and Whaling.

Also known as “blank check” companies, SPACs have become more popular recently under big-name underwriters and investors: In 2020, more than 50 were formed in the U.S. to raise more than $21 billion, according to Investopedia.

As a smaller SPAC – but the first and largest initially focused on the hemp space – Collective Growth had 18 months to invest the money it raised, with a fiduciary responsibility to deliver shareholder value. The deal with Innoviz Technologies was brought forward by one of the underwriters representing both parties, according to Whaling.

The transaction is expected to provide Innoviz Technologies with up to $350 million in gross proceeds, including Collective Growth’s $150 million of cash held in trust – assuming no redemptions by public stockholders – and a $200 million private investment in public equity led by Antara Capital, which includes strategic investments from Magna International and other institutional investors.

In turn, Collective Growth will “cease to exist,” according to Whaling. Through the deal, the name and CGROU symbol have been preserved, but Whaling said no decisions have been made regarding potential future business dealings.

While the deal may appear to be “a bit of a detour” from Collective Growth’s original model, Whaling said he and Linton are still “right on track” and continuing to pursue their vision for developing the hemp supply chain.

“The team at Collective Growth is still committed to this space in a very big way, and I think people will see that our model will play out,” Whaling told Hemp Industry Daily.

Whaling said following the deal, he and Linton will not be formally involved with Innoviz Technologies.

From hemp to … sensors?

Innoviz Technologies itself has nothing to do with hemp, and its equipment is not manufactured from hemp; however, the relationships established through the deal have brought hemp as a sustainable material even more into the foreground, Whaling said.

“The EU mandated all auto companies reduce their carbon footprint by 2024,” Whaling said. “How do they do that? Through sustainable products.”

BMW has famously sourced sustainable fibers, including hemp in its i-series electric cars and is beginning to add natural fibers to its 5 series sedans and eventually to its X5 SUVs, while Magna International sources fiber from a German non-woven fabric supplier that has brought hemp forward as a material in its manufacturing for the auto industry, according to Whaling.

The relationships developed through the deal with Innoviz Technologies, as well as companies in other industries that met with Collective Growth Corp. regarding the SPAC investment, will help Linton and Whaling broker additional deals between the hemp and automobile industries and others, according to Whaling.

“Given that it was BMW and Magna International, two of the largest automotive players on the planet, and given that we see as part of our business model for hemp that we need to have that relationship with the auto industry, we thought it was a perfect alignment,” Whaling said.

BMW in recent years has turned to alternative sustainable fibers such as eucalyptus, because it hasn’t had a reliable hemp supply chain to use and pricing has been an obstacle, according to Whaling. And American car manufacturers such as Ford Motor Company “won’t talk to us,” Whaling said, because the domestic hemp supply chain has been non-existent.

“The automotive industry is not an easy one to get into, and there are long-standing protocols to developing products and get into being a supplier to the auto industry,” Whaling said.

“Well, we have a relationship with Magna, who is the biggest supplier to the worldwide automotive, so we’ll be able to have discussions, and that’s all we’re suggesting that this transaction will do.”

But Whaling said he and Linton are hopeful that those relationships and others could develop into similar transactions that will benefit the hemp industry, such as in the food, fashion, personal care and other industries.

“If we could kind of do similar transactions out there, then all of a sudden we have this large group of end users that will know about hemp and will know that there’s a group that is working towards supplying a commercial-scale supply chain, and we can work together,” Whaling said.

Why not invest in hemp?

When Collective Growth was established, the initial public offering, originally scheduled for March 17, continued to be delayed on the Nasdaq because of the volatile stock market and uncertainty caused by the coronavirus pandemic.

By the time the IPO was listed on May 1, Collective Growth had already done its homework and compiled a list of more than 100 companies within the hemp industry that the executives said were of interest, Whaling said.

However, it became clear in meeting with these groups that there were no hemp companies within the non-cannabinoid, industrial hemp space in North America that had the revenues and valuation to meet SPAC requirements, with a few exceptions. And in Europe, most hemp companies are family owned and have not been audited.

To meet the Nasdaq’s SPAC rule of spending at least 80% of the funds raised – approximately $120 million – Collective Growth would have needed to buy several companies, which added complications.

In the nascent hemp industry, entrepreneurs need to remember there is a “corporate governance” that is required to build companies that attract investment, Whaling said.

“Our industry is not that sophisticated yet (and) auditing is an expensive process, but the challenge for us is … because we are a publicly traded entity, we can’t look at companies that don’t have good accounting and auditing practices. If they can’t meet those standards, there’s no point in us looking at them,” Whaling said.

He advises hemp entrepreneurs who want to build their businesses over the next five or more years to think ahead, manage their accounting more wisely and invest in “financial systems.”

“We need to move from being a cottage industry to being true industry corporations, and let’s adopt the business practices and certainly the accounting practices of regular industry,” Whaling said.