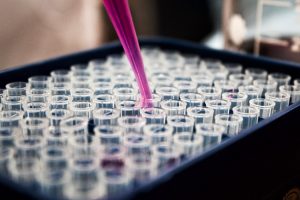 The CBD market in Europe faces a challenge that would look familiar to many U.S. producers: Its popularity is on the rise, despite lack of clear rules and industrywide standards.

For consumers, this means legitimate products can often be found right next to others with significantly less CBD than advertised or with potentially harmful contaminants.

This is especially worrisome in European countries where patients have limited or no access to medical cannabis, and people with a weakened immune system are buying CBD products – sold as food – to use as medicine, products that could do more harm than good.

Here’s what they had to say about responsibility in the industry:

Carola Perez, president of the OECM, told Hemp Industry Daily that she’s disappointed that most companies either ignored the results of the report and continued business as usual or questioned the reliability of the testing.

“An industry that refuses to mature and be responsible toward consumers could be used as an argument by regulators to only allow sales of pharmaceutical products that have undergone clinical trials, at prices that most patients would never be able to afford,” she said.

“In Spain, we’ve already seen seizure of CBD products from the shelves.”

Despite the lack of regulations, “CBD is widely available in British High Street chains and online, and general public interest is at an all-time high, which is stoked both by the media and by increasing evidence and experience of therapeutic benefit,” Jonathan Liebling, research lead at the Centre for Medicinal Cannabis (CMC), told Hemp Industry Daily.

Next month, the CMC plans to publish test results of 30 products available in the U.K., selected based on popularity.

The results will allow the organization to make policy recommendations to improve the regulations that they call “incoherent” and “unclear.”

CBD in the U.K. is a “completely unregulated market” with “no guarantee that what is marked on the label is actually in the product itself,” Liebling told Hemp Industry Daily.

“Nobody is responsible for controlling and regulating this new and exciting market.”

In the Czech Republic, the International Institute for Cannabis and Cannabinoids (ICCI) published a “warning for consumers of CBD and cannabis oils sold on the EU market” last year.

The group’s testing showed that:

Dr. Pavel Kubu, CEO of ICCI, told Hemp Industry Daily that when the group shared the test results with manufacturers, “about a third of them took active steps to improve their quality, something seen in subsequent testing.”

After years of testing, ICCI is now preparing a report with a trend analysis that will be published later this year.

When the group tested 46 products in their first report, only 21 products had CBD content that matched their labels within an acceptable variance.

Since that 2017 report, the organization has continued to publish results of testing that is carried out by third-party laboratories in Austria and Spain.

Gerald Wagner, an Arge Canna board member, noted that since the group started testing products and publishing the results, companies “reacted positively and brought their work to a new level.”

“CBD in Europe is the Wild West, so independent certification bodies should be encouraged by the industry and regulators,” he said.

To encourage companies to improve their standards, Arge Canna offers a “seal of quality” to companies that submit their products to be tested for cannabinoid content, pesticides, microorganisms and heavy metals.

Enforcement after the inclusion of CBD in the “novel food” EU catalog has been anything but uniform.

Perez, from Spain’s OECM, believes that the solution needs to come at the EU level, allowing the sale of products that fulfill a minimum quality standard.

“When the police seize products in local shops, consumers just buy them online.” she said. “Spanish entrepreneurs are moving to Italy or Czech Republic to produce there and sell online to Spain. It’s an absurd situation.”

Kubu, from the ICCI in the Czech Republic, sees “no reason to think that national legislations in the EU will undergo any significant change” because the EU’s novel food regulation should deliver a continentwide standard.

So far, though, no CBD product has the authorization needed to comply with that rule.

“Enforcement of the regulation on a large scale is expected sooner or later with (the) first successfully registered product,” Kubu said.

“Many European countries have CBD oils on pharmacy shelves, but they do not have legislation,” Nørby said.

“If you have countries that do not have legislation – or just do not follow the legislation that they have in the country – you put patients and you put producers and consumers in a very difficult situation.”

Alfredo Pascual can be reached at [email protected].