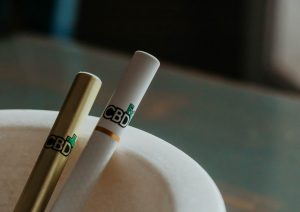 Learn more about the latest cannabis market conditions in Europe at the European Market Passholder Day Forum at MJBizCon2020, coming up Nov. 23 or on demand anytime afterward.

The European Union’s high court said Thursday that CBD derived from the entire hemp plant is not a narcotic under an international drug treaty and is therefore subject to EU law on the free movement of goods among member states.

The landmark interpretation of the 1961 U.N. Single Convention on Narcotic Drugs, handed down by five judges at the EU Court of Justice in Luxembourg, sets a precedent for the regulation of hemp-derived CBD products in Europe and could lead to a shift in how CBD extracts are produced.

The milestone ruling, which considers only cannabidiol extracted from the entire plant, comes as the EU hemp industry awaits the European Commission’s final decision on whether flower-derived CBD should be regulated as a narcotic.

The judges were asked to weigh in on a years-long dispute over the marketing of a CBD vape product in France, where the law prohibits the production or sale of CBD products derived from the hemp flower or entire plant.

The case centered on the Kanavape electronic cigarette, which contained CBD derived from the entire hemp plant and was lawfully made in the Czech Republic. The case was forwarded to the EU court to determine whether France’s CBD ban violated EU law that protects the free movement of goods between member states.

The judges said that EU law on the free movement of goods precluded national legislation like the one in France. The free movement of goods applied to the Kanavape product, the judges said, because the CBD it contained – “extracted from the Cannabis sativa plant in its entirety and not solely from the seeds and leaves of that plant, to the exclusion of its flowering or fruiting tops” – is not a narcotic.

The judges acknowledged that CBD, as an extract of cannabis, could be considered a narcotic using a “literal interpretation” of the 1961 UN treaty.

But the judges also pointed to official U.N. commentary on the treaty, which showed that the definition of cannabis “is intrinsically linked to the state of scientific knowledge in terms of the harmfulness of cannabis-derived products to human health.”

“Since CBD does not contain a psychoactive ingredient in the current state of scientific knowledge …  it would be contrary to the purpose and general spirit of the Single Convention to include it under the definition of ‘drugs’ within the meaning of that convention as a cannabis extract,” the judges wrote.

“The CBD at issue in the main proceedings is not a drug within the meaning of the Single Convention,” they wrote.

The judges found that France’s ban on marketing CBD effectively imposed a quantitative restriction on imports from other EU member states, which is prohibited under EU law.

The court did, however, provided French authorities with a narrow route for maintaining the ban on CBD, pointing out that that legislation can be justified on one of the grounds of public interest.

In order to do this, the judges said the French national court must “assess available scientific data” on the safety of CBD and prove that the “real risk to public health alleged does not appear to be based on purely hypothetical considerations.”

“A decision to prohibit the marketing of CBD … can be adopted only if that risk appears sufficiently established,” a press statement from the court read.