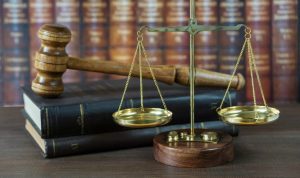 Scrambling to recover from a legal blow to CBD’s legality, the hemp industry now says a new federal rule classifying CBD as a controlled substance doesn’t affect hemp after all.

The industry’s surprising about-face comes after a three-judge federal appeals court rejected an effort from the Hemp Industries Association and other hemp businesses to a review a 2016 decision by the US. Drug Enforcement Administration that declared CBD illegal.

Unfazed by the setback, hemp businesses say the CBD industry won’t throw in the towel.

“There’s too much money invested in the CBD market for it just to go away,” said Cory Sharp, CEO of Hemp Logic, a Washington state hemp consulting firm.

“The barn door has been open for so long that the cow has not just wandered out, it’s now … gone.”

But legal questions surround CBD’s future – and the future of businesses that produce and sell it. Last month, Texas health authorities announced plans to take CBD products off shelves.

The hemp companies that sued the DEA haven’t challenged the 9th Circuit’s order – yet.

Hemp businesses are trying to sort out what the decision means for them.

The ruling leaves intact the DEA’s rule that “extracts that have been derived from any plant of the genus cannabis and which contain cannabinols and cannabidiols” are Schedule 1 drugs.

But there’s a twist. That rule doesn’t apply to extracts from hemp grown legally, something that wasn’t possible when the DEA first proposed the extract rule in 2011.

Hemp groups made no objection at that time, likely because there weren’t any businesses in 2011 making CBD extracts from hemp.

By the time the proposed rule was adopted five years later, that had changed; the CBD industry was starting to take off.

Hemp businesses also had new protections under the 2014 Farm Bill, which allowed states to approve pilot projects with hemp but didn’t specify how that hemp could be used. This freed states to license CBD production from hemp below 0.3% THC.

Still, the Hemp Industries Association (HIA) and other hemp business saw the DEA’s extract rule as a serious threat.

The HIA said in a 2017 lawsuit that the CBD rule “stands to chill the entire legal hemp industry through confusion, misinterpretation and misapplication of law.”

Hemp plaintiffs pointed to sporadic CBD product seizures and arrests in the wake of the DEA’s rule.

The DEA replied that the legal hemp industry operating under the terms of the Farm Bill wouldn’t be affected. The DEA also argued that hemp businesses should have complained about the extract rule back in 2011, when it was proposed.

In court, the DEA’s lawyer argued that a business owner charged with a crime for having CBD derived from hemp could simply show where her CBD came from.

The hemp businesses’ lawyer, Bob Hoban, replied that that was an unworkable solution and that legal businesses would be harmed.

When the court this week sided with the DEA on both counts – that hemp businesses waited too long to complain about the rule and that legal hemp businesses could continue under the terms of the 2014 Farm Bill – the hemp industry was thrown.

Some advocates adopted the reasoning used by the DEA – that the DEA’s rule doesn’t affect legal hemp. They pointed to the judges’ language that the Farm Bill pre-empts the Controlled Substances Act.

“We don’t think the marijuana extract rule has anything to do with hemp-derived products,” said Jonathan Miller, lawyer for the U.S. Hemp Roundtable, an industry lobbying group. “Anything done with the Farm Bill is outside the scope of the Controlled Substances Act.”

Others argue that the court’s order should embolden CBD businesses making the extract from hemp, because the court makes clear that Farm Bill hemp protections aren’t affected.

“We didn’t win the case, but there were some extremely positive things that came from all this,” said Michael Brubeck, CEO of Centuria Natural Foods, one of the hemp plaintiffs in the case.

“The DEA admitted that the (Farm Bill) exempts industrial hemp under state pilot programs, and that is actually a massive victory for all of us.”

No matter how the CBD saga ends in court, hemp businesses say the next step is obvious – to push for Congress to settle all legal confusion about CBD coming from hemp.

They hope the confusing case makes clear to skittish politicians that Congress must settle rampant legal confusion about CBD.

“It just shows us that Congress has got to act,” said Morris Beegle, a Colorado hemp activist and owner of Colorado Hemp Co., which makes hemp paper and other products.

Senate Majority Leader Mitch McConnell has proposed a bill to take hemp out of the Controlled Substances Act and make it an agricultural commodity, same as corn or wheat.

His proposal would give the hemp industry clear permission to make CBD from hemp, instead of punting the decision to the states.

McConnell has since said that provisions in his bill will likely be included in the next Farm Bill, due later this year.

In the meantime, hemp businesses will have to tread carefully through a thicket of state and local regulations around what can be done with legal hemp.

For Brubeck, whose Las Vegas company makes CBD from hemp and sells it nationwide, the case underscores the need for hemp business to do just what the DEA suggested – be able to prove the product came from legal hemp.

“We have chain-of-custody documentation going all the way from the acre it was grown on,” Brubeck said.

The hemp industry can also take comfort in the DEA’s repeated insistence that it doesn’t consider CBD a top enforcement priority and in CBD’s growing popularity.

Beegle, fiery co-founder of the NoCo Hemp Expo, said it would be a “public relations nightmare” for the DEA to use its extract rule to prosecute CBD makers.

“Screw it, come after us, shut us down,” he said. “We’re helping thousands and thousands of people here.”