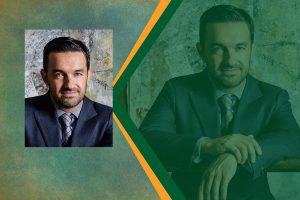 Mexico’s path toward legalizing hemp and marijuana has been a bumpy one spanning three years now, starting with a law authorizing the medicinal use of cannabis under 1% THC content.

Since then, the federal agency responsible for issuing guidance for using medical marijuana published its rules on Oct. 30, 2018 – but revoked them five months later, saying the regulations were intended for medicinal and scientific use.

But in practice, the guidelines issued by the Federal Commissioner for the Protection of Sanitary Risks (COFEPRIS) also left open the door for industrial use of low-THC cannabis; the country doesn’t use U.S.-style distinctions between hemp and marijuana. Mexican residents have been waiting for new rules since then.

Meanwhile, Mexican lawmakers have been working on a bill that would legalize hemp and marijuana for all uses – including adult use – after the country’s Supreme Court ruled Mexico’s prohibition of cannabis consumption is unconstitutional.

This year it appeared legislators would pass a legalization bill by an April 30 deadline set by the Supreme Court. COVID-19 changed everything, moving the deadline to Dec. 15.

Hemp Industry Daily recently caught up with Luis Armendariz, an attorney in Chihuahua, Mexico, who is affiliated with Denver’s Hoban Law Group, to check on where the legalization process stands.

A lawmaker introduced a bill last month that would ban the sale of drug paraphernalia. The bill hasn’t been scheduled for a vote yet, but how much of an impact, if any, does this have on the legalization bill the Mexican Congress is working on?

I don’t think it really has any legal or legislative impact on the deal. I mean, it’s one of those examples of bills that gets introduced by an isolated senator or congressman.

There were a lot of reactions and backlash, for different reasons. The party that the (legislator) is coming from is supposed to be supporting the legalization (of cannabis).

Does it have a real shot of passing or no?

It’s too soon to tell. But, technically any bill that is introduced by the party or members of the party who have larger representations in the two houses – usually that will have a better chance.

But here, I wouldn’t worry too much yet and just keep it in the radar to see if it keeps moving forward.

Can you tell me about the guidelines from COFEPRIS that people have been expecting for years now?

It’s an agency under the secretary of health, and it has, I believe, the same function of the (Food and Drug Administration) in the U.S. So this is kind of a big deal and needs a legal deadline that is running parallel with the legislative deadline, both set by the Supreme Court, but two separate deadlines.

One is for the (legalization) bill that we talked about and at this point we have this extension until Dec. 15 for the bill.

But this other timeline that we have is a deadline that was imposed by the Supreme Court last year when a private party, a mother on behalf of her child, went to the Supreme Court or lower court asking that the court order COFEPRIS to issue these guidelines, these secondary rules that are supposed to govern and provide the framework for medical and scientific use that was allowed and legalized back in 2017 … so that we could have the mechanisms for COFEPRIS to evaluate a patient for a permit.

That deadline (for rules) was supposed to expire on June 30th and now extended it until ‘approximately’ September 9, 2020, so they are also running against the clock as the pressure is mounting.

How is what COFEPRIS doing related to what the Mexican Congress is doing?

Some people say that COFEPRIS should not issue these rules, if you are already working on a bill that is going to legalize and regulate the whole industry for all uses – all these types of licenses, including for medical research or scientific use.

It’s a separate regulatory or legislative process but intertwined in terms of reflecting just the decision of government and administration (officials) to move forward with different uses.

To be honest, I wouldn’t be surprised if recreational use somehow lags behind medical and industrial use. Public acceptance for medical use is obviously a lot higher. CBD products also having higher acceptance and increasing. Recreational (use) is also increasing, but still at low levels or representing a percentage big enough to put some pressure on politicians, even though from a market perspective, a small number in a country of 130 million people is indeed attractive for recreational use companies.

There’s a proposal from Mexico City officials, separate from what the Congress is doing, regarding the release of people in jail for cannabis possession. How realistic is it that it could pass and could it help build momentum for legalization across the country?

Definitely. I think it is likely to pass. As far as I know it’s not part of a national strategy to start at a local level or (through) small initiatives for proposals of this kind.

But it definitely adds up to the movement of legalization. So I think it has a good chance, and I think it really does help momentum because politicians are going to see if this passes, it’s going to be celebrated.