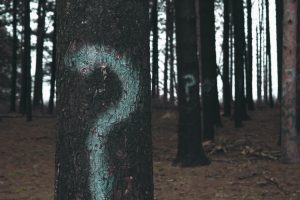 CBD manufacturers have seen wide adoption of their products into mainstream retail chains in recent months, so why aren’t they turning profits as rapidly as expected?

The federal government is the culprit, according to some.

CV Sciences and Charlotte’s Web are among the cannabis companies that pointed to delayed federal CBD regulations as they reported disappointing profits last quarter, despite locking down nationwide distribution deals their marijuana-producing colleagues may envy.

The delay in regulation of goods containing hemp-derived products such as cannabidiol by the U.S. Food and Drug Administration (FDA) is at least partially to blame, they say, because the agency’s inaction has invited increased competition at retail and maintained inconsistencies throughout the supply chain.

The companies’ most recent earnings reports came a week after FDA regulator Lowell Schiller told a group of nutritionists the agency remains concerned about CBD safety and won’t be rushed by political pressure to allow its use without a prescription.

Another FDA official reiterated that point last week at a cannabis regulatory conference for attorneys and state regulators, saying the agency needs more data to determine safety before it can decide whether it will move forward with regulation.

Regulations on front end, not the back

While the FDA takes more time to determine CBD safety, the U.S. Department of Agriculture is preparing to enforce strict regulations on hemp production.

In other words, one end of the supply chain is experiencing strict rules while the other end remains uncertain, according to Denver cannabis attorney Frank Robison.

The contrast, he said, seems unfair to the nascent industry.

“It’s befuddling to me that we’re keying these (THC) tests off the flower … but, nevertheless, all of the products that are made from the flower downstream aren’t being directly and actively regulated by the appropriate federal agency,” Robison told Hemp Industry Daily.

Robison said the industry agrees there needs to be continued study of cannabinoids, terpenes, flavonoids and all components of hemp intended for consumer ingestion.

But he said the number of people using CBD already means products need to be regulated responsibly now.

“The FDA hasn’t done anything, at least from a public perspective, to make it clear what they intend to do with hemp-derived products,” Robison said. “It’s nonsensical, it’s oxymoronic.”

CV Sciences, a San Diego-based CBD manufacturer, said the FDA delays have had the peculiar effect of putting more CBD products on shelves, not fewer.

The result is increased competition for shelf space, he said.

“The absence of an interim or final regulatory framework from the FDA … has led to a very low barrier of entry for new companies entering the CBD category, which has led to increased competition especially in the natural product retail channel,” CV Sciences CEO Joseph Dowling told investors and analysts.

CV Sciences reported that revenue of $12.6 million for the third quarter ended Sept. 30, down more than 7% from the same period a year ago.

Profit for the quarter was $8.4 million, down 15% from the previous year.

The results fell well short of analyst expectations, even as CV Sciences piled up new retail outlets last quarter for its CBD products.

Dowling said the delay has also made national retailers slow to embrace CBD.

“Continued regulatory ambiguity also has created state-by-state uncertainty affecting many of our retail partners,” he added.

Executives of Boulder, Colorado-based Charlotte’s Web executives say that “a lack of regulatory direction” from the FDA is slowing growth in food, drug and mass sales channels.

But analysts estimated the company’s revenue would be $31.9 million for a quarter in which Charlotte’s Web crossed 9,000 retail outlets.

The company told investors that “a lack of regulatory direction” from the FDA is slowing growth in food, drug and mass sales channels.

“Full-revenue growth potential … remains dampened due to a lack of regulatory clarity for ingestible CBD products,” CEO Deanie Elsner said on the company’s earnings call for the fiscal quarter that ended in September.

The company said its sales were down 1% in the natural grocery stores channel, while the sales per store, excluding online sales, were down 64% year over year and 41% quarter over quarter, said Mike Regan, equity analyst at Marijuana Business Daily‘s Investor Intelligence.

The day after the 2018 Farm Bill was signed into law, making hemp a legal agricultural commodity in the United States, the FDA reiterated its policy that any hemp-derived product intended as an ingredient in food, beverages, dietary supplements, animal feed, cosmetics or drugs remains in its jurisdiction.

“CBD cannot be put in food without a New Drug Application, which would make it an over-the-counter drug at large cost to the company applying. But the FDA is being lax in its enforcement,” Regan said.

But the companies imply that they expect rulings from the FDA on ingestibles sooner than the agency seems to be moving, Regan said.

When talking with investors, Regan added, CBD executives “make it sound like the FDA is going to change the rules in the next year.

“But the review period of the more-than-4,500 comments will probably take a long time, and the FDA has put no timeline on it.”