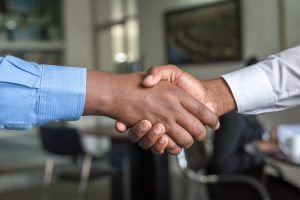 Looking for allies to loosen federal hemp restrictions, professionals in the hemp industry are teaming with state agriculture authorities and members of the U.S. Congress to push for change in areas such as hemp sampling and testing.

Now that the U.S. Department of Agriculture (USDA) has extended the comment period on federal production rules, it’s wise to reach out to state agriculture departments and members of Congress, according to Scott Propheter, vice president of agronomy and outreach at Criticality, a hemp and CBD producer in Hobgood, North Carolina.

“The USDA is going to be working directly with (state regulators) on this,” Propheter said, “so the more growers involved with their state departments of agriculture, the better off we’re going to be.”

Propheter advised companies to try to make sure their feedback is unique.

“USDA doesn’t have a million man hours to go through every single comment that is exactly the same; they’re going to look at differentiated comments.”

He also urged a respectful tone when seeking the ear of USDA regulators, who have a stake in the success of the hemp production rules.

“It seems like a lot of folks in this industry treat regulators like they’re the enemy, and that is 100% not the case.”

State agriculture departments are impacted by USDA rules as well. States are going to carry out many of the provisions, without any money from Washington DC to do so.

For example, the 15-day sampling window must be carried out by state or local officials, a mandate that might require some states and tribes to hire more agents, Propheter said.

In North Carolina, Propheter said, state regulators are working hard to communicate to the USDA the burden that the interim final rule puts on both growers and on the state.

“The testing needs to be addressed, both from the growers’ perspective and from the regulators’ perspective,” he said, calling the narrow testing window “an unrealistic burden without significant funding from the federal government.”

Hemp producers say they’re getting a similar response in Maine.

Ben Marcus, co-owner of Sheepscot General Store and Farm, a farm and retailer in Whitefield, Maine, said his state regulators are invaluable for sharing federal insights.

“They’re not just going to test people’s crop to make sure everybody’s in compliance, but they’re helping us to understand the tumultuous political process that this is going through right now,” Marcus told Hemp Industry Daily.

“It feels like they’re behind us on it because they’re already in the fight,” he said.

When Marcus lost his bank account and insurance as a result of growing 3 acres of hemp this season, he posted about the challenges on social media. Soon he was contacted by one of his state’s representatives in Congress, Democratic Rep. Chellie Pingree.

Pingree hosted a roundtable at Marcus’ store Dec. 16, inviting growers and processors to provide input on the interim final rule directly to Bill Richardson, who leads the Specialty Crops Program in the USDA’s Agricultural Marketing Service.

The USDA official “didn’t waste any time and went right into question-and-answer mode, and it was really civil,” Marcus said.

Richardson told the Maine growers that the U.S. Drug Enforcement Administration (DEA) and the U.S. Department of Justice were heavily involved in the way the rules were written.

In fact, the 2018 Farm Bill specifically charged the USDA with getting feedback from those agencies.

“I’m realizing you have to get through all these layers of bureaucracy in dealing with all of these institutions,” Marcus said.

Hemp Industry Daily reached out to Richardson for comment but did not immediately receive a response.

Marcus said he encourages farmers in other parts of the country who might feel like their concerns are falling on deaf ears to reach out to their state lawmakers.