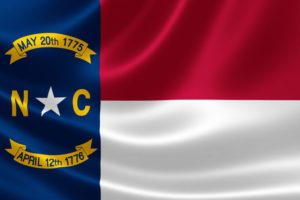 (This is the first installment in a series that will look at the hemp markets in U.S. states over the next few months. Other installments: Colorado, Nevada, New York, North Dakota, Oregon, Tennessee, Vermont and Virginia.)

North Carolina has gone all in on hemp, which state officials see as a natural fit for an economy once dominated by tobacco farming and textile manufacturing.

North Carolina is finishing its first hemp-growing season with more hemp growers, more acres in hemp and more hemp processors than any other state in its first year of hemp production.

North Carolina’s hemp enthusiasm makes the state a natural launching point for a closer examination by Marijuana Business Daily, which is bolstering news and analysis of the burgeoning hemp and CBD markets.

Here’s what you need to know about North Carolina’s hemp market.

As of this year, North Carolina has:

With a flexible no-deadline application process, no acreage minimum or maximum, and a regulatory scheme that allows hemp growers to pursue any end product for their crops, North Carolina has seen strong interest from farmers wanting to grow the plant and entrepreneurs interested in processing it.

North Carolina allows hemp to be used for:

As in other hemp states, the initial value for growers in North Carolina seems to be in CBD oil extraction.

Though prices vary by state and there is no official tracking of hemp commodity prices by any standard exchange, North Carolina hemp growers report the market is fetching:

North Carolina’s first year wasn’t without any glitches – some natural and some manmade.

“We lost some acres due to heavy rains,” said Burt Eure, who is working on developing hempseeds at his White Hat Seed Farm in Hartford, in northeastern North Carolina. “The jury’s still out trying to find the variety that’s going to work for us.”

In addition, North Carolina saw isolated thefts from hemp fields, likely from folks who confused hemp with marijuana. Sheriff’s officers in Edgecombe County stepped up patrols of area hemp farms after they arrested five people in September on charges of trespassing or theft.

North Carolina is likely to modify how it regulates hemp in coming years, Stewart said.

He told growers, for example, to prepare for possible application deadlines. Last year the program got started too late to give growers a deadline, but that will likely change, he said.

Stewart and others agreed that hemp participation in North Carolina is going to increase next year, maybe even double.

What that means for prices is too soon to say. As long as prices don’t plummet, North Carolina could surpass hemp leaders Kentucky and Colorado by 2020, operators say.

“Within two or three years, North Carolina will lead the nation in industrial hemp, no question,” Schmitt said.