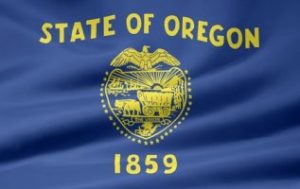 (This is the third installment in a series that looks at hemp markets in U.S. states over the next few months. Other installments: Colorado, Nevada, New York, North Carolina, North Dakota , Tennessee, Vermont and Virginia.)

When it comes to hemp, Oregon is no little brother to its more populous neighbors to the north and south.

Washington state bans hemp production for high-value CBD products, and California is headed toward a patchwork of local hemp regulations. Meanwhile, Oregon is poised to become a national hemp leader.

Oregon has a well-established network of hemp growers and processors, plus a sweeping new testing regime.

It could position Oregon hemp products for national dominance, a prospect that isn’t lost on farmers in and out of the marijuana business.

Here’s what you need to know about Oregon’s hemp market.

Oregon has authorized hemp cultivation since 2009. But the state’s Department of Agriculture didn’t license the first hemp grower until 2015, after Congress expressly authorized states to allow hemp.

The Oregon hemp industry has grown exponentially in just two years. As of 2017, Oregon has:

The state requires separate licenses for growing and processing hemp, though some businesses hold both. Each license costs $1,300 a year.

Oregon also issues a license for producing viable hempseed. Those permits cost $120 a year and must be held in conjunction with a growing or processing license.

The state has no background check requirements for hemp growers or processors. But hemp producers are subject to the nation’s most exhaustive testing requirements, with 100% of registered hemp fields tested for THC content.

Even though Oregon allows seed and fiber production, nearly all the hemp growers are raising plants for CBD extraction. The state has a limited number of hemp growers pursuing seed production, and no known processors for fiber.

“I don’t even know where you’d sell fiber,” said Jerry Norton, head of the Oregon Hemp Growers Association and a Salem-based hemp grower.

There is no official tracking of hemp commodity prices by any standard exchange. Oregon hemp growers surveyed by Marijuana Business Daily report that the market is fetching:

A new hemp-testing law in Oregon could change the market significantly.

The law requires hemp-derived products destined for human consumption to undergo the same strict product-testing requirements as commercial marijuana. That means no pesticides and no significant contaminants.

“Our food products are not tested as critically as our hemp,” said Sarah Bennett, director of Odyssey Hemp, a Portland hemp sales and distribution company. 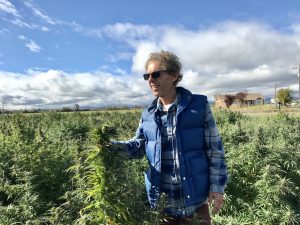 Jerry Norton, a hemp farmer and head of the Oregon Hemp Growers Association, says “the Oregon name means something” in hemp circles. (Photo by Kristen Nichols)

The changes are huge, representing the first statewide requirements of their kind in the nation. And the Oregon hemp industry supported them.

“We saw issues with products coming from other states, other countries, that were loaded with pesticides,” Moran said. “We want to make sure that nothing like that is coming out of Oregon.”

Oregon’s new testing requirements took effect in October, and the state has not estimated how the changes could affect prices. A fiscal analysis prepared for state lawmakers projected the change would cost the Oregon Department of Agriculture about $50,000, which “may result in an increase in fees.”

Producers aren’t sure what that means for consumers, though some warn that fee hikes will be passed on to consumers.

Potential CBD price hikes are “a concern when at the end of the day most people are consuming CBD for its medicinal value” and are sick, Bennett said.

Still, Oregon hemp growers are betting that their state is positioning itself for strong nationwide growth as other states expand hemp and marijuana law and consumers seek assurances the products they’re buying are safe.

“The Oregon name really means something, and that’s only going to be more and more valuable moving forward,” Norton said.

Oregon could also find itself serving as a template for other hemp states, Bennett said.

“In California and Washington, that evolution is going to occur, and they’ll be looking to Oregon,” she said.