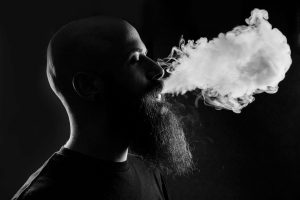 Indiana’s law banning smokable hemp has come back to life after a federal appeals court ruled that a lower judge went too far in blocking it.

The ruling means that Indiana can enforce its 2019 law banning the manufacture, possession and sale of smokable hemp products – while the case goes back to a lower court to refine an injunction that “sweeps too broadly,” in the words of the 7th District Court of Appeals in Chicago.

The ruling is a setback for the group of Indiana hemp companies that challenged the 2019 law, including C.Y. Wholesale.

The hemp companies argued that federal law guarantees interstate commerce in hemp, making it impossible for Indiana to ban the possession of smokable hemp products potentially passing through the state. A federal judge in Indiana sided with the hemp companies last September, putting an injunction on the law.

The appeals court ruled that while part of Indiana’s 2019 law may be worthy of an injunction because of implications on interstate commerce, the overall law didn’t merit an injunction.

The 2018 Farm Bill, judges wrote, “expressly provides that the states retain the authority to regulate the production of hemp.”

The judges also noted that Indiana’s smokable hemp ban specifically exempted transporters moving smokable hemp products from another state through Indiana, so long as the products were destined for sale outside Indiana.

The case now returns to a federal court in Indianapolis, which has been instructed to weigh Indiana’s right to regulate hemp against language in federal law preventing states from blocking interstate commerce in hemp.

The ruling is just the latest wrinkle in a confusing national landscape for smokable hemp. Hemp farmers say that smokable hemp flower commands a market premium and is popular with consumers, but several states have announced plans to ban its production, including Iowa, Texas and Louisiana.

The 7th Circuit covers Indiana, Illinois and Wisconsin. Its opinions do not apply elsewhere.

The appeals court noted that the hemp companies that sued over Indiana’s smokable hemp law may not have the best standing to challenge it – because they wouldn’t be transporting hemp from another state through Indiana and therefore may not have a claim to make against the law carving out smokable hemp passing through the state.