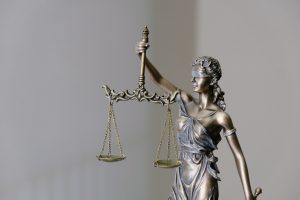 Europe’s hemp industry hit a milestone last week when the European Union’s top court liberated CBD from the jurisdiction of an international drug treaty, declaring that hemp-derived cannabidiol is not a narcotic.

Hemp groups in France and elsewhere in Europe gave the five judges a standing ovation for the Kanavape ruling, which declared that France’s national ban on marketing hemp-derived CBD products violated EU law on the free movement of goods within the bloc.

CBD is covered by the EU’s free movement provision, the judges said, because it is not a narcotic under “the purpose and general spirit” of the Single Convention on Narcotic Drugs (1961).

“It is the most positive decision possible in our opinion, lifting the veil on the ‘non-narcotic’ status of extracts of the whole hemp plant … and allowing its free movement within the EU,” said Aurelien Delecroix, president of French hemp industry group Syndicat du Chanvre.

“This is a very positive signal for the whole European CBD industry, and it can serve as an impulse for the evolution of the still unclear national legislations and thus harmonize the CBD market in Europe,” Delecroix said.

Lorenza Romanese, the managing director of the European Industrial Hemp Association, echoed Delecroix in calling for “a fair and coherent legal framework” for the European hemp sector.

The industry’s initial jubilation at the ruling has since been replaced by reflection as cultivators and processors consider the its short- and long-term implications, and how two forthcoming decisions will further shape the CBD market in Europe.

In the wake of the Kanavape decision, Europe’s hemp industry is eyeing the outcome of two events:

In January 2019, CBD was included in the EU’s Novel Food Catalogue, a list of ingredients that require extensive testing and authorization from food safety authorities before they can be marketed across the bloc’s 27 member states.

The European Commission, the executive branch of the European Union, said in July it had stopped reviewing applications for pre-market authorization of CBD products while it decides whether CBD should be regulated as a narcotic.

The Commission has declined to say what the Kanavape ruling means for its evaluation of CBD and pending novel food authorization applications.

“The Commission takes note of the Court’s ruling regarding the commercialization of cannabidiol (CBD) and will carefully assess the judgement,” an EU spokesperson told Hemp Industry Daily.

The Court of Justice ruling in the Kanavape case has wide-ranging implications for France and greater Europe. Three industry experts offer their insights here on what comes next for CBD in Europe:

The judges said the ruling applies to “the CBD at issue in the main proceedings,” which they define as “extracted from the Cannabis sativa plant in its entirety.” How do you read this precise language from the court? Is CBD extracted solely from the flowers excluded?

The Court of Justice sent the case back to the referring appeals court in France. What happens now? Could the French court contradict the ruling and keep some kind of CBD ban in place?

“The EU court has left very little margin of maneuver to the referring French court, so I personally do not see how the French court of appeals could come to different conclusion than confirming that the current French regulations are not compliant with EU law. This means the French court of appeals will set aside these regulations in its resolution of the pending underlying criminal case against Antonin Cohen in France. Subsequently, France will have to remedy this non-compliance and bring the French provisions in line with EU law by abolishing the present ban on hemp-derived CBD and replace it by less restrictive — more proportionate — measures.”

What will the ruling mean for France’s hemp industry in the short- and long-term?

“We expect that France will suggest that it needs time to consider whether to advance evidence to the National Court in respect of a justified prohibition on health grounds, following which it will need further time to make the necessary amendments to the offending legislation. … In the interim it is highly unlikely that any further enforcement action will be seen based purely on this ground.”

What are the main issues ahead for Europe’s hemp industry as it waits for the European Commission’s final say on CBD?

“We believe that the EU Commission will have to recognise the ruling and remove the prohibition on the risk assessment phase of the CBD novel food applications which are before EFSA, however, this again may not be swiftly done and will depend on political, rather than purely legal decisions.”

Do any of the six WHO recommendations now stand a better or worse chance of passing at the upcoming CND vote on December 2-4?

“For the CBD industry, the most significant opposition to the (WHO) amendments concern that to the proposed footnote and the acceptance therein of a 0.2% THC level in cannabinoid products. In our view the proposed amendment’s use of the phrase ‘predominantly cannabidiol’ is poorly drafted – it is simply too vague and members are nervous about what they are being asked to consent to. A more precise definition is likely to have led to a greater chance of success, but we will know for certain in 10 days time.”