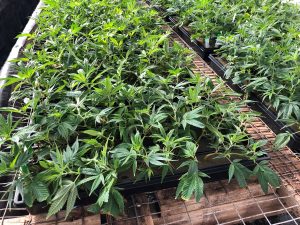 (First in a five-part series examining the shortage of feminized hempseeds and clones and its effects on the hemp industry.)

Hemp planting season is here, and record numbers of farmers are excited to get started with a promising new crop.

But as some states are pushing to wrap up legislation to pass hemp cultivation laws in time for farmers to participate in the 2019 season, a big question is resonating across the market: Are there enough feminized hempseeds and clones to go around?

Though the U.S. Department of Agriculture (USDA) announced in April it would regulate imports of hempseed now that the U.S. Drug Enforcement Agency (DEA) is no longer involved since hemp is not a controlled substance, most of the industrial hempseeds imported into the United States over the past four years from international markets are of the food and fiber hemp varieties.

And although a significant number of U.S. businesses have been cultivating feminized seed from CBD varieties since the 2018 Farm Bill passed in December, farmers are still looking for high-quality feminized hempseeds and clones – and coming up short.

Hemp Industry Daily talked with hemp cultivation experts who specialize in producing CBD varieties about the shortage as the market works to get its first legal crop planted under the 2018 Farm Bill.

We will share their thoughts on this topic throughout this week.

We’ve heard that there are shortages of feminized hempseed and clones for CBD varieties for the 2019 season. Do you see shortages, and where are the biggest ones right now?

From my vantage point, there seems to be a clear shortage of high-quality CBD hempseed, with most reputable vendors out of stock. Surprisingly, the market demand remained high, if not greater than in 2018.

The challenge has been obtaining seed at a reasonable price point, with germplasm of sufficient genetic consistency to generate the high-CBD yields, yet be confident that all plants under management contain less than 0.3% THC.

Germplasm variability has plagued the industry.

In my opinion, the path toward precision agriculture in hemp involves domestication of hemp and development of true hybrid seed, which generate high-performance cultivars with the genetic uniformity, which enables dialed-in agronomics and enriched, defined chemical profiles produced in the flower.

Moreover, cultivars should be developed that combine high cannabinoid productivity with good fiber, terpenoid or oilseed quality; even the roots have value.

Hemp cultivations should be modeled as agricultural biorefineries where all valuable plant-based products are harvested from the crop.

I believe this to be true, particularly when it comes to feminized hemp clones, as well as procuring quality feminized clones or seed.

Feminized clones are much more difficult to produce than many realize.

The multiplication factor is a fraction of seed production, while the space requirement for stock plants and propagation (of them) is exponentially greater.

That being said, it is the only way one can relatively guarantee a female crop. Seed is extremely difficult to completely vet and know how well feminized the seed is and what type of variation the grower will get in growing that lot of seed.

Yes, there are shortages in feminized seed stock.

The clones supply, especially in California, is very limited due to the late registration in May.

There are only one or two clone suppliers who had plants prepared for the season.

Feminized is a scam you will see getting played out later in the season when all the “FEM” seed that was sold for a buck a piece comes back male.

See the lawsuit from Oregon last year. This will be a big story when the lawsuits start.

Not too many people know what they are doing.

We’re definitely seeing that feminized seed is in the highest demand.

Clones are an option for feminized varieties but more expensive and more cumbersome to transport. So, feminized seed is the biggest interest.

You have a lot of providers that might be saying they’re selling feminized seed.

But the germination rates are bad or the varieties aren’t really feminized, like selling 80% feminized or 70% feminized, which kind of means that the quality of the feminization process wasn’t really that great.

Because, if you do it right, they should all be feminized or it’s going to be mixed. So, there’s definitely a shortage of high-quality feminized seed direct from the people who made them.

The broker market has been growing because people don’t have direct access to the people who are growing the feminized seed, and a lot of those providers have been sold out or oversold for months now.

The other part of it is, it’s an illiquid market.

If you don’t know people in the industry, if you don’t have the network, you might get taken for a ride.

(Tomorrow: What these experts say farmers can still do for 2019 planting season if they don’t have seed or clones, and how they can avoid this issue for the 2020 season.)