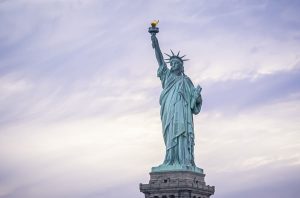 CBD consumers trying to make sense of terms like “full spectrum” and “broad spectrum” on labels are getting some help in New York state, where new rules for hemp extracts are winning praise from some in the hemp industry who say they could serve as a template for future state or federal action.

Hemp operators are also applauding New York’s first-in-the-nation regulations allowing THC limits to be up to 3% THC for “intermediate sales” between licensed hemp processors in the state. That’s noteworthy, hemp industry supporters say, because it recognizes there is a point in the extraction process where the THC temporarily rises above the allowable limit of 0.3% THC.

“This is important because as the marketplace matures, facilities may specialize in certain aspects of the extraction process such as THC remediation,” said Asa Waldstein, founder of the Supplement Advisory Group.

“This new regulation supports business rather than hinder it by allowing intrastate distribution between licensed extractors. This allows this common practice to come out of the shadows in a legitimate manner, a sign of a maturing industry.”

“They recognize it and they think, ‘Hey, this material could be transferred between processors and manufacturers within state lines but it cannot be used for the end consumer,” she said.

How government agencies should treat this “intermediate” hemp extract has become a matter of dispute. The U.S. Drug Enforcement Administration published a rule in August that many in the hemp industry read as criminalizing the part of the extraction process where THC levels spike, by classifying that material as a Schedule 1 substance.

The Hemp Industries Association and a South Carolina CBD manufacturer have filed two separate legal actions against the DEA asking a judge to block the agency from enforcing its August rule.

With this set of rules, New York joins other states setting their own standards for ingestible CBD and other cannabinoids, flouting federal health guidance that the extract can’t go in food.

Under the rules, CBD-infused food and beverages can’t contain more than 25 milligrams of cannabinoids, including CBD. Packaging can’t be made to attract minors, and products can’t be mixed with alcohol nor tobacco, and they can’t be sold in patches, inhalers or as injectables. The sale of smokable hemp flower in New York is prohibited.

New York would also define the types of extracts used in consumer products.

An extract labeled as “broad spectrum” must be:

And an extract labeled as “distillate” is defined as:

The health department is accepting public comment on the regulations between Nov. 10 and Jan. 11.

Beckerman says she think New York’s standards will inspire other regulators and even the the U.S. Food and Drug Administration.

“They understand that in the absence of the FDA taking the reins and creating a framework, that somebody is going to have to sort of lead the way,” Beckerman said.

The FDA has publicly asked for information about the efficacy of full-spectrum hemp extracts versus isolated hemp extracts.

The only federally approved CBD product, the epilepsy drug Epidiolex, contains isolated CBD without other cannabinoids. The FDA has made no public conclusions about the different kinds of hemp extract, making New York’s regulation even more influential, Beckerman said.

“That could essentially become a template for the FDA,” she said.

One comment on “Should ‘broad-spectrum’ CBD be defined? What about ‘isolate’? NY’s new extract rules could be model for nation”