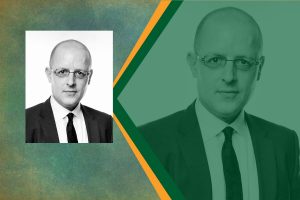 A cloud of uncertainty has settled over Europe’s CBD industry after the European Union’s executive body said it had taken the preliminary view that cannabidiol extracted from cannabis flowers should be considered a narcotic.

With a potential blanket ban on CBD in food looming on the horizon, the impact of recent regulations in Austria offer a hint at how Europe’s CBD industry could react to the narcotic label.

In December 2018, Austria’s Health Ministry asked authorities to enforce the European Union’s Novel Food Regulation, as extracts from the hemp plant that have a CBD content exceeding the natural content of the original plant were considered novel foods.

According to German lawyer Kai-Friedrich Niermann, the Austrian authorities prohibited the marketing of such products as food or food supplements, and various companies pursued a workaround solution by labeling their products not food but flavoring products.

Hemp Industry Daily caught up with Niermann, legal adviser to the European Industrial Hemp Association (EIHA), to explore the pitfalls and consequences of a ban on CBD in food supplements and edibles.

The European Commission is considering whether CBD should be regulated as a narcotic. What do you see the short-term consequences being for regulators and companies in EU member states?

Hemp extracts that are on the market at the moment and contain cannabinoids are currently classified as novel foods and subject to authorization under the European Commission’s legally non-binding Novel Food Catalogue, which is intended to reflect the opinions of the EU member states. Most EU member states, such as France, Spain, Austria and Germany, are increasingly enforcing this classification and banning the sale of such products on their markets.

One short-term consequence [of a narcotic label] would be that Novel Food applications for the authorization of CBD-containing extracts and isolates would not be admissible, as no novel food authorization application can be submitted for narcotics. The European Industrial Hemp Association’s joint application would also be affected.

The European hemp food market would be limited to the sale of hempseed and hempseed oil. Cosmetic products with extracts from the [hemp] could also no longer be marketed in the long term, as these also constitute cannabis extracts listed in …  the U.N. 1961 single convention.

What information is missing from a product label if a company in Europe sells a CBD oil as an aroma rather than a food supplement? Does this differ in Germany or Austria?

For an aroma product, it is not necessary to print the safety information that is required for food supplements.

Food supplement labels must indicate that the product should be stored out of the reach of small children. They must also state that food supplements are not intended to replace a balanced diet and that the recommended daily dose must not be exceeded. A full list of the categories of nutrients or other substances that characterize the product must also be provided.

These rules are also based on European regulation – in other words, they are harmonized throughout the EU, so there can be no de facto differences in application in the individual EU member states.

What are the current standard safety controls that a food product or supplement needs to be allowed on the Austrian market? On the German market?

Flavor products are so-called consumer goods and are subject to the Product Safety Act and the European Chemicals Law. These regulations are also harmonized throughout Europe and should be applied in the same way in every member state. The products must be safe for the intended purpose, in this case room flavoring.

A safety data sheet must be prepared in accordance with the EU-REACH regulation. Depending on the composition, this safety data sheet will result in possible warnings and warning symbols that must be used on the labels. The correct disposal instructions according to the packaging ordinance must also be given.

How are the marketing regulations different for CBD food supplements vs. CBD “aroma” products in Austria? In Germany?

The marketing of an aroma or flavoring product as food is not allowed. Any direct or indirect reference to oral consumption should therefore be avoided, because otherwise it would be assumed that food legislation is being circumvented.

The same is to be assumed if a percentage of CBD is displayed on the product label. It must also not be possible to infer from the product’s packaging that oral consumption is the intended purpose.

Have any companies gotten into legal trouble as a result of this? What are the legal risks for companies pursuing the CBD “aroma” route?

This approach by companies or product labeling is not yet widespread in Germany, as it carries considerable disadvantages for marketing.

As long as there is no indication of consumption and the CBD proportion, and even indirectly (e.g. through websites, experience reports, customer reviews etc.) a circumvention of food law regulations can be detected, the legal risks are low.

Are there other options that CBD companies have pursued in Austria as a workaround to the ban on CBD food marketing?

I cannot judge that for Austria in particular.

Extracts containing cannabinoids cannot be marketed as foodstuffs in the European Union at present.

If the authorities issue a ban on the marketing of such products, the only option is to have the legality of the ban reviewed in court, arguing that it is a traditional food, or to submit an application for a novel food.

In Germany, at any rate, a prevailing opinion has developed among authorities and courts that follows the entry in the Novel Food Catalogue and prohibits the sale of such products.

Administrative court proceedings would take several years up to the highest instance, in fact five to six years. A short-term solution is therefore not a judicial review. The Novel Food application will also take at least three to four years.

What else should American CBD companies know about the German and Austrian CBD markets?

American companies should definitely look into the guideline values for THC in food containing hemp. The value of 0.2% THC, which is often mentioned, only refers to the level at the moment of harvest; in processed foods, much stricter guidelines apply.

For Germany, there is a guideline recommendation from the Federal Institute for Risk Assessment (BfR) for THC in hemp-containing food.

At the European level, one should refer to the acute reference value (ARfD) from the European Food Safety Agency (EFSA) from 2016.