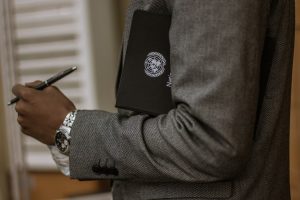 The World Health Organization’s proposal to exempt plant-derived CBD extracts and tinctures with less than 0.2% THC from international control under a United Nations narcotics convention could be difficult to enforce, a U.N. monitoring body has said.

The International Narcotics Control Board said authorities in some countries may lack the lab technology or manpower to evaluate the cannabinoid profile of CBD preparations – something that would be necessary to ensure compliance with the exemption.

The World Health Organization made several recommendations early last year for changing how cannabis is scheduled in the Single Convention on Narcotics Drugs (1961) and the Convention on Psychotropic Substances of 1971.

With the U.N. Commission on Narcotic Drugs planning to move forward with a vote on the recommendations this December, the Vienna-based INCB conducted an analysis of how the six recommendations could affect U.N. member countries.

The INCB is the independent and quasi-judicial monitoring body for implementing the U.N. narcotics conventions. Its analysis was provided to member states earlier this month before the first in a series of pre-vote UN meetings. A copy was obtained by Hemp Industry Daily on the condition that the document not be published.

Most of the cannabis scheduling recommendations would have little impact on international drug controls or tighten requirements.

Of the six proposed scheduling changes, two are most relevant for products containing plant-derived cannabidiol. CBD is not specifically listed in the international drug control treaties but is covered by the 1961 convention, both as a “preparation” and as an “extract or tincture” of cannabis.

Recommendation 5.4 suggests the “extracts and tinctures” category be deleted from Schedule I of the 1961 convention to reduce repetition, while Recommendation 5.5 suggests a footnote be added to the cannabis entry in the 1961 treaty to clarify that preparations containing “predominantly” CBD and up to 0.2% THC are not under international control.

The latter recommendation is based on the WHO’s conclusion that CBD extracts do not carry the risk of addiction or abuse that other substances named in the treaties do.

“Medical and/or forensic services in some Member States may not have the technology or human resources to ensure compliance with some of the recommendations,” the analysis said.

“National legislation and regulations for the cultivation of cannabis would need to be reviewed and changed in order to differentiate cultivation for the extraction of CBD and/or Delta-9 THC and for industrial purposes as described in the 1961 Convention,” the INCB added.

The WHO recommendations have been touted as a positive step toward the easing of the international control of cannabis, which would be a positive development for the medical marijuana and hemp industries.

“The main issue to consider relates to its practical implementation at the national level” because, “in most countries, chemical analysis down to the threshold indicated in the recommendation may not be possible,” the INCB said.

The agency identified “lack of access to appropriate identification techniques” for the required level of accuracy. And even where feasible, the INCB mentions it might not be “considered to be a good use of resources.”

The INCB also raised concerns over “cannabis cultivated for the extraction of CBD.”

The reason: The board considers CBD “would need to be monitored … because it does not meet the definition of ‘industrial purposes.’”

INCB President Cornelis P. de Joncheere has said that “if the cultivation of cannabis … is for the production of the flowering top, then it should be considered under control regardless of the THC or CBD content.”

Some countries, such as France and the United Kingdom, follow this restrictive interpretation and do not allow hemp growers to use the flower to extract CBD.