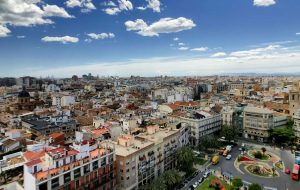 Daniel Fernandez is hoping for a hemp renaissance in Spain this year with the launch of a new Spanish industry association.

But first, the Galicia native says federal authorities need to be educated on the economic possibilities of the crop so that Spain can tap underlying potential for collaboration on hemp projects with Portugal, Eastern Europe and Latin America.

Fernandez launched the Spanish Hemp Association in November with a virtual event attended by about 70 people. He’s now focused on establishing its membership base.

“Given the limited understanding and proactiveness of public institutions, there is a need for a clear voice pointing to the incongruities [and] the opportunities,” Fernandez told Hemp Industry Daily.

Spain’s current legislation allows the cultivation of industrial hemp, but only for grain and fiber and with seeds certified for use in the European Union.

Spain’s Ministry of Agriculture, Fisheries and Food says the law limits hemp cultivation to fiber and seed cultivation. That means that “the extraction of the cannabidiol CBD is only permitted from the seeds of hemp,” according to an email the ministry sent to Hemp Industry Daily.

The ministry also sent a draft notice to Spain’s regional governments repeating that CBD limitation and laying out other do’s and don’t’s. But the notice has created confusion, Fernandez said.

“I’m telling them to not only review existing regulation so that they understand it, but to take it seriously and … also look at a national strategy for this crop,” Fernandez said.

“The challenge here is that, is this a growing industry? It is. Do we have the conditions to grow? No, no we don’t. Why? Because the government doesn’t understand what is happening at a European level.”

In November, the European Union’s Court of Justice ruled that CBD could move freely in trade within the EU.

Then, in December, a United Nations commission narrowly voted to classify cannabis and cannabis resin as a less dangerous drug, and the European Union’s executive branch said CBD could be regulated as a food, abandoning its stance that flower-derived cannabidiol should be treated as a narcotic.

In the wake of these massive changes, Spanish authorities remain conservative with their stance on CBD.

The ministry said in its email that the consumption of CBD for non-medical purposes in Spain “contravenes the international drug control treaties, as well as applicable national regulations on the subject.”

Fernandez said an update to Spanish regulations on industrial hemp could help facilitate greater cooperation within the EU, particularly with Portugal and countries in Eastern Europe.

In the case of its western neighbor, Spain has not historically had strong relations with Portugal, but hemp could become the catalyst to improve economic and political alliances.

That, in turn, would lay the groundwork for leveraging their relationships in South America, Fernandez said.

“Spain would be much better off if we had a strong collaboration with Portugal” and worked together in in Latin America, he said.

When it comes to cannabis in South America, Uruguay and Paraguay have scrambled ahead on legislation and exports, and Brazil is in the process of passing legislation to allow industrial hemp cultivation.

There are also reasons for Spain to collaborate with EU member states in the east like Poland and the Czech Republic, where seed banks were preserved under Soviet rule, he said.

“We have the European Union, but we can sometimes have a clear divide between Western and Eastern Europe,” Fernandez said. The countries that were aligned with the Soviet Union post World War II “maintained their research and … have very important knowledge of this crop.”

But in Western Europe, France is the only country with a long, largely uninterrupted history of industrial hemp production, he said.