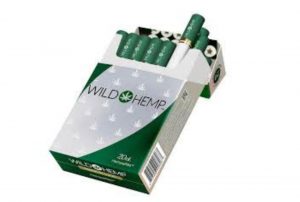 (This story has been updated with clarification about contributions to the Texas Hemp Defense Fund and the court hearing date.)

Hemp manufacturers and retailers in Texas filed a lawsuit on Wednesday, challenging the Texas health department on its recently enacted ban on selling smokable hemp products.

Four businesses filed the lawsuit in a Travis County court against the Texas Department of State Health Services and its commissioner John Hellerstedt.

The lawsuit seeks a declaration that the department’s ban on processing and manufacturing hemp products for smoking in Texas is unconstitutional, and that the provision banning the distribution and retail sale of hemp products is invalid, according to Chelsie Spencer, principal of Ritter Spencer in Dallas, who is representing Crown Distributing, one of the lawsuit plaintiffs.

The other business involved in the legal action are:

The lawsuit aims to prevent the Texas DSHS and its commissioner from enforcing the statewide bans on the manufacturing, processing, distribution and retail sale of smokable hemp products.

But while the original legislation required DSHS to adopt rules prohibiting Texas hemp businesses from processing and manufacturing smokable hemp products, the lawsuit blames the state health department for “doubling down” by also banning distribution and retail of smokable hemp. That move, the plaintiffs claim, exceeds the authority of the DSHS and violates the state law.

The smokable hemp ban does not restrict consumers from using smokable hemp products, although it bars the state’s entrepreneurs from profiting from a lucrative aspect of the hemp industry, Texas hemp insiders say.

The lawsuit argues that the ban restricts the fledgling hemp industry in Texas from participating in “one of the fastest growing hemp sub-markets nationwide – growing at a rate of more than 500% between 2018 and 2019.”

Members of the Texas Hemp Growers raised $15,000 for the Texas Hemp Legal Defense Fund, which contributed to a fiscal impact report that analyzed the bans’ economic impact on Texas.

“This ban is a punitive kick in the teeth to Texas’ small businesses and enterprising farmers,” Zachary Maxwell, president of the Texas Hemp Growers, said in a statement.

“Texas will forfeit millions in tax revenue to more competitive states by denying the industry full access to this federally legal plant.”

The lawsuit argues the state’s ban on smokable hemp products will shutter businesses, resulting in a loss of jobs and tax revenue, and “pose an existential threat to Texas hemp manufacturers, farmers and retailers,” while driving business elsewhere.

The rule banning the retail sale and distribution of smokable hemp products was approved and went into effect despite thousands of industry members expressing opposition to the measure over the summer.

In June, the Texas Hemp Industries Association asked the state health department to change the proposed rule banning smokable hemp sales, saying it goes beyond state and federal statutes, is an unfunded mandate and is unenforceable.

Spencer told Hemp Industry Daily that after spending most of the week talking with clients and businesses across Texas, there is “no question” that the ban will have oppressive economic impacts on Texas businesses.

“The stories I am hearing are devastating: mom and pop companies who will be forced to shutter their shops within the month due to the revenue loss, smokable distributors who lost their entire business in a single day, companies with lost investments in smokable product development here in Texas and more,” Spencer wrote in an email.

“If Texas wants to be a leader in the hemp industry, and it should, it needs to support its growing hemp economy in lieu of smothering it.”

Spencer said a court setting has not been determined yet, but due to the coronavirus pandemic, the hearing will likely be conducted via Zoom. She anticipates a hearing date within the next two weeks.

The Indiana hemp companies argued that federal law guarantees interstate commerce in hemp, making it impossible for Indiana to ban the possession of smokable hemp products potentially passing through the state. A federal judge in Indiana sided with the hemp companies last September, putting an injunction on the law.

But Indiana’s law came back to life last month, after a federal appeals court ruled that a lower judge went too far in blocking it.